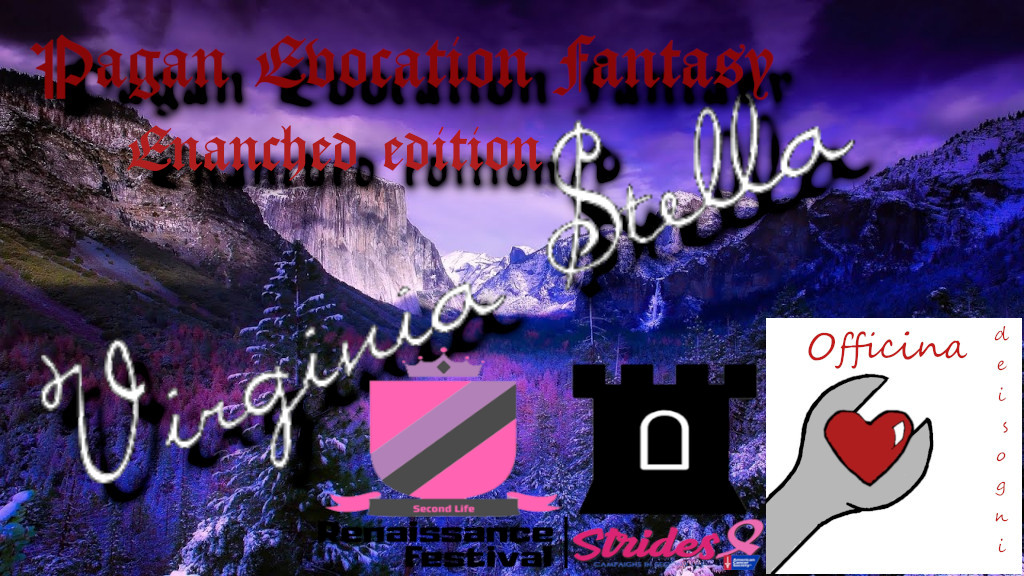 After the success in august, now Pagan Evocation Fantasy is back in “Enanched version“!
It is not just a dance show: in the two acts that compose it, you will take a journey through pagan cultures, those in which man had not yet lost direct contact with nature, and still felt that he was part of it, that sense of belonging. which in modern society we have now lost. The journey starts from the Swiss Alps, through the myth of the Horse Goddess, and then crosses other cultures: Celtic, Nordic, Germanic, and so on up to the Greek one.

You can see it at Renaissance Festival, on Sept 26th 12pm SLT.

The SL Renaissance Festival is a collective of amazing people passionate about fighting breast cancer!
The 3rd Annual SL Renaissance Festival will be held September 23 – October 2, 2022 and is a mega event which fundraises for the American Cancer Society Breast Cancer Mission.
Funds raised through Strides allow the American Cancer Society to serve breast cancer patients and their families where and when they need us the most – even during a global pandemic.