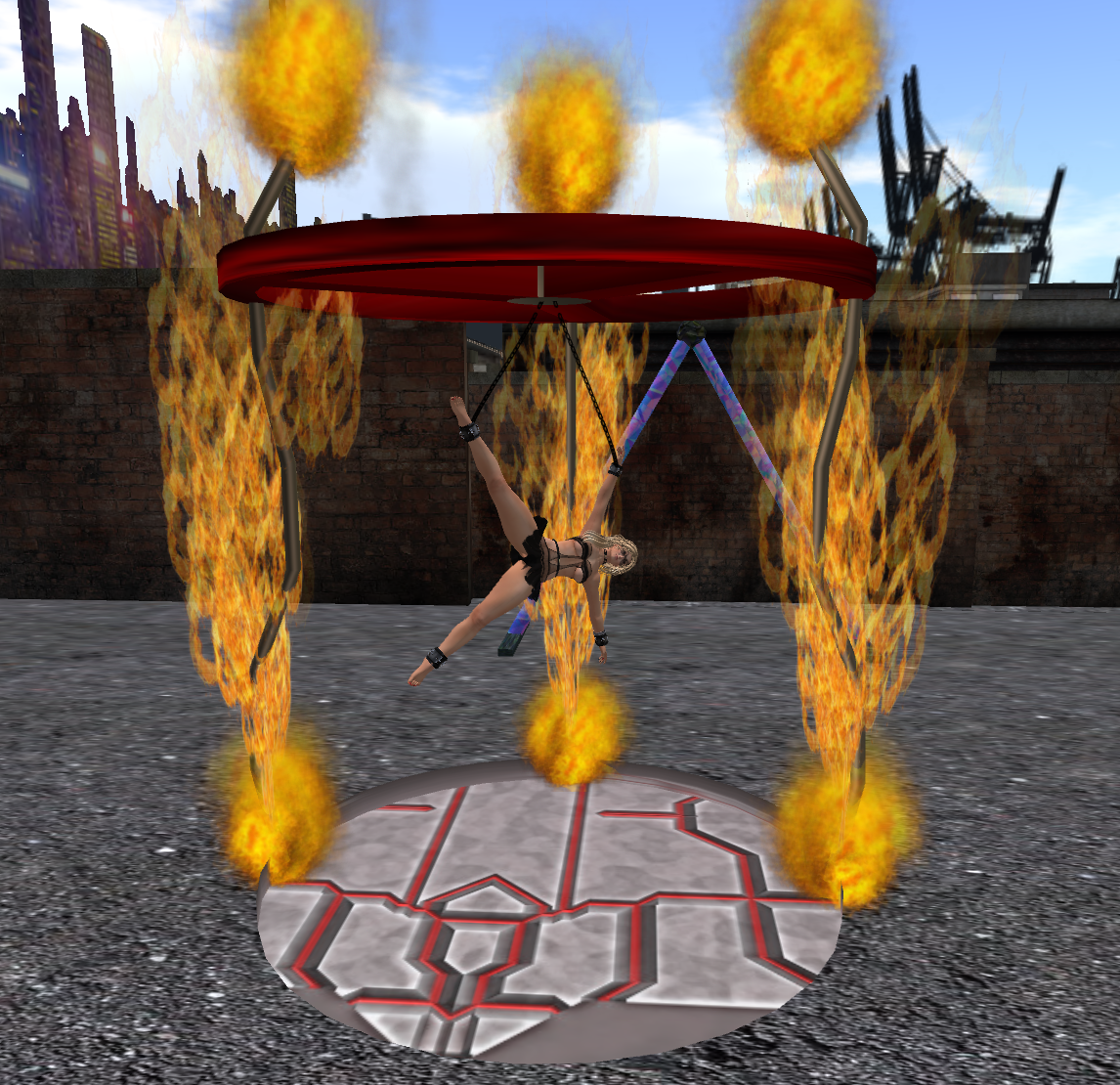 Okay, this is Secondlife, and it’s a simulation: you can’t make everything equal to physical reality, which here however has some approximations. However, the desire to do something original prompted me to investigate and experimenting.

My idea comes from “aerial dance”, something I practiced when I was 20. Over the past few years, I have gained some scripting and bvh animations skills in SL, so I’m trying build something in SL about aerial dances.
The work is still “experimental”, nothing professional, but in my dreams all in SL must be an experiment, a settling in new spaces. Most part of my work derive from “circus” culture too.
For each performance I built: the mesh of the furniture/stage, all animations (as smooths as possible), and all scripting (including particles emitters).
My very first experiment was a success: I did a performance with some people enthusiastic about it. The performance was shown with this furniture:

I built some more stuff, all with originals animations and scripting. Some performances can be done on a stage, in example:

All the furniture/stages are mesh, done with Blender. Animations done with Blender + Avastar.
A performance is built with some scripting combining facilities like: MST, AVSitter, RLV, LockGuard.

A performance can be done by more than one performer, like here:

I know almost all SL live performace are about live music, with singers or instrumental players, so I know my kind of stuff can’t be valuable like a singer using it’s original voice: my work is more abstract, and about creating animations, scripting and a sort of “film direction” about the performance. So I think about my stuff not just a “single performance”, but I can be the “background” for a singer, or a live performer with live music, or part of a more complex cabaret/circus show.

Thank you very much for your time and attention.